The main organizer of this event is EMPHASIS, which is described as follows: The European Strategy Forum for Research Infrastructure (ESFRI) has identified “Plant Phenotyping” as a priority for the European research area and EMPHASIS has been listed on the ESFRI Roadmap as an infrastructure project to develop and implement a pan-European plant phenotyping infrastructure. (link)

Not being in those research circles, but nevertheless having scientific interest in intraspecific trait variability (and phenotyping, in principle, is exactly that), I was rather stunned of the level of infrastructure involved in the presentations. Typical case-study involved huge common garden areas with mechanical roller conveyors transporting hundreds of plant individuals though their daily 3D scanning. I´m using a simple liner and office scanner for getting the same numbers…

Though, one thing that really left me pondering, while listening to presentations of experiments carried out in these sexy infrastructure conditions. It was the fact that almost all this phenotyping of individual growth and differences in plant structure and leaf size and positioning was done from sideways (a few studies also included scanning from the top). What is the ecological meaning of knowing how the plant looks like from the side? Wouldn´t plants organize their phenotypes according to the Sun, which is usually not shining horizontally. 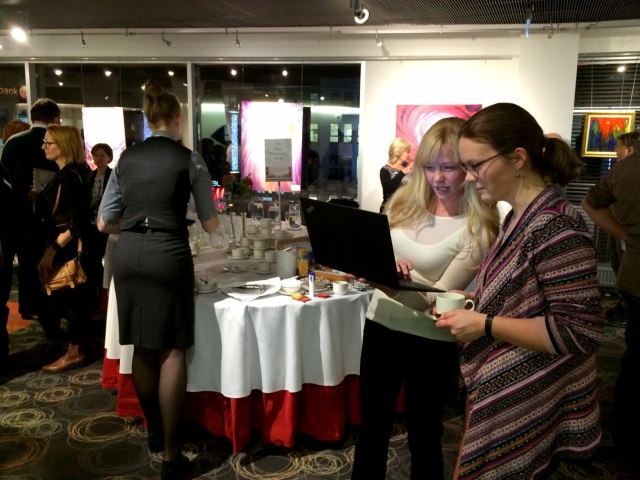 And finally a note about gender balance. Phenotyping seems to be the most male dominated area of research I´ve ever experienced. Out of 26 presentations, there were only two given by women. Yet, out of ~100 participants most were female.

One of two presentations given by females, Violetta Velikova talking about drought stress in Platanus